What shall we say then? Are we to continue in sin that grace may abound? By no means! How can we who died to sin still live in it? Do you not know that all of us who have been baptized into Christ Jesus were baptized into his death? We were buried therefore with him by baptism into death, in order that, just as Christ was raised from the dead by the glory of the Father, we too might walk in newness of life.

For if we have been united with him in a death like his, we shall certainly be united with him in a resurrection like his. We know that our old self was crucified with him in order that the body of sin might be brought to nothing, so that we would no longer be enslaved to sin. For one who has died has been set free from sin. Now if we have died with Christ, we believe that we will also live with him. We know that Christ, being raised from the dead, will never die again; death no longer has dominion over him. For the death he died he died to sin, once for all, but the life he lives he lives to God. So you also must consider yourselves dead to sin and alive to God in Christ Jesus. (Romans 6:1-11)

I wonder if the prodigal son ever had nightmares of still being far off after he came home. I wonder if even years after his return—with a ring secured on his finger and robes, well-worn but still regal, hugging his renourished body—if he ever woke in the middle of the night scared and crying, remembering the terror of his reckless living. I wonder if he ever walked through his father’s house and, passing a mirror, expected to see himself as emaciated, naked, desperate, empty, and alone rather than the well established and beloved prince he once again is. I wonder if that healthy reflection ever startled him.

Paul understands that coming from death to life is a hard transition for believers. Christianity comes with a sharp learning curve. Believers must come to terms with their own sinfulness, their utter inability to make themselves right with God, and their total dependence on the blood of Jesus to pay their debt. Justification by faith is not intuitive to a sinful world—not even to Israel, to whom it was a “stumbling stone” (Romans 9:30-33). Much like the prodigal son, we often approach God intending to contract ourselves as laborers so that we might pay off our debt. Paul goes to great lengths in Romans to explain the futility in such an approach, stating plainly in Romans 3:28, “For we hold that one is justified by faith apart from works of the law.”

In Romans 6, Paul begins to draw out the implications of justification by faith. He opens with a brilliant question: “Are we to continue in sin that grace may abound?” In other words, if grace truly abounds where sin increases, shouldn’t believers sin even more? Doesn’t it make sense to want “more grace”? His answer is simple, but profound. Christians have died to sin and have been raised to life in Jesus.

Our faith, signified and sealed by baptism, is not merely a declaration of what we believe. It changes us. Christians are no longer enslaved to follow sin’s demands—and they are demands. Elsewhere Paul describes sin as an evil inclination by which we willingly suppress the truth in unrighteousness, and also as a trespass against a holy God which warrants death. Here, Paul adds the sense in which sin is an oppressive force, a “dominion.” Under sin, one can do nothing but sin. Our union with Christ breaks our shackles. His resurrection is our liberation.

Continuing to sin would not result in more grace because Christians have already received grace in full. Rather, it would only feed the old self’s inclination to return slavery under sin, whether to earn salvation or to merely satiate its lusts—as if the prodigal son were to run away again, or to renegotiate servitude under his father. The resurrection secures the believer’s status as a beloved child of God. There is no greater grace for former prodigal sons.

This is why Paul exhorts his readers to “consider yourselves dead to sin and alive to God in Christ Jesus” in Romans 6:11. The word “consider” denotes continuous, active self-reflection. Christianity comes with a sharp learning curve, and believers often forget their status as beloved children. Paul doesn’t want Christians to remain in our nightmares of former sin, or to think of ourselves as still lost and desperate. We have not been left in our sin any more than Jesus has been left in the grave. Paul calls us to remember the resurrection because in Christ it is our resurrection, too.

“Oh to grace, how great a debtor, daily I’m constrained to be

Let thy goodness like a fetter, bind my wand’ring heart to Thee

Prone to wander, Lord, I feel it, prone to leave the God I love

Here’s my heart, Lord, take and seal it, seal it for Thy courts above”

Verse from “Come Thou Fount of Every Blessing” 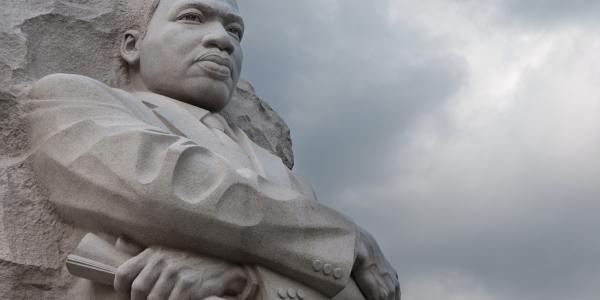 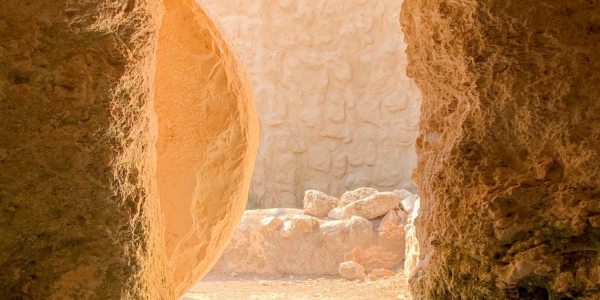